As we near the finishing line for Lost Wing, it’s time to introducing the remaining ship designs. These ships are not only visually different from the default ship, but have quite distinct firing methods – which leads to very different characteristics gameplay-wise.

Here’s the first of the new ships, the Kadilak. It’s still being prototyped, but as you can see below this ship has a lightning-style laser in place of the standard missiles. Slightly less accuracy is required from the player as you can sweep across the play field with it, but simply holding the laser down all the time will rapidly deplete your charge.

A fairly large change has been made to how the track itself is pieced together at runtime in a (successful) effort to avoid some floating point issues we were experiencing.

When a player managed to survive for extended periods of time without crashing, the issue would become somewhat apparent visually. The further you travelled the more likely the environment and ship would start to flicker and look a bit “wobbly”. This was a result of the floating point math used for storing the positions of objects (and thus their vertices) for rendering purposes not being precise enough .

For those of you of a less-technical persuasion, here’s a little bit of clarification (massively simplified for the sake of brevity – these aren’t “real” number examples!).

Floating point numbers are used in computing to store “non-whole” numbers, i.e. something with numbers after the decimal point. They can store very small numbers (near 0, for example 0.0001) quite well, but their precision becomes much less when dealing with large numbers (so what you intend to be 21496.73321 ends up being 21496.73). In most games this isn’t a problem that causes much annoyance, but for Lost Wing where you travel at a high speed, in the same direction, for a lengthy amount of time, these issues become really exaggerated after a while.

Now how did we fix this? This is where we turn to… Futurama… for inspiration. Their ship, the Planet Express, doesn’t travel anywhere at all, rather, it moves the entire universe around it.

The track in Lost Wing is laid down like a train track, each new section bolting on the end of the last, somewhere in the distance. As your ship moves forward, the track behind you is removed, and new track sections are placed up ahead.

What we do with our updated system is much the same, with one important addition, the entire environment gets shifted backwards the same amount that the ship moves forwards. The side effect of this is that from the player’s perspective, everything looks the same as before (as the camera is also moving with the ship and environment) but, crucially, the immediate environment around the ship is really close to 0 (the “origin” of the world) in terms of object positions etc, so the position of everything you see is super accurate even after seemingly travelling a really long distance.

The result? No more wibbly-wobbly-melty objects!

Footage is now captured of the seconds leading up to, and shortly after, your crash on your last life. This footage is converted into gifs automatically, and can be shared to Twitter from the GameOver screen, or alternatively saved out so you can share them wherever you wish. 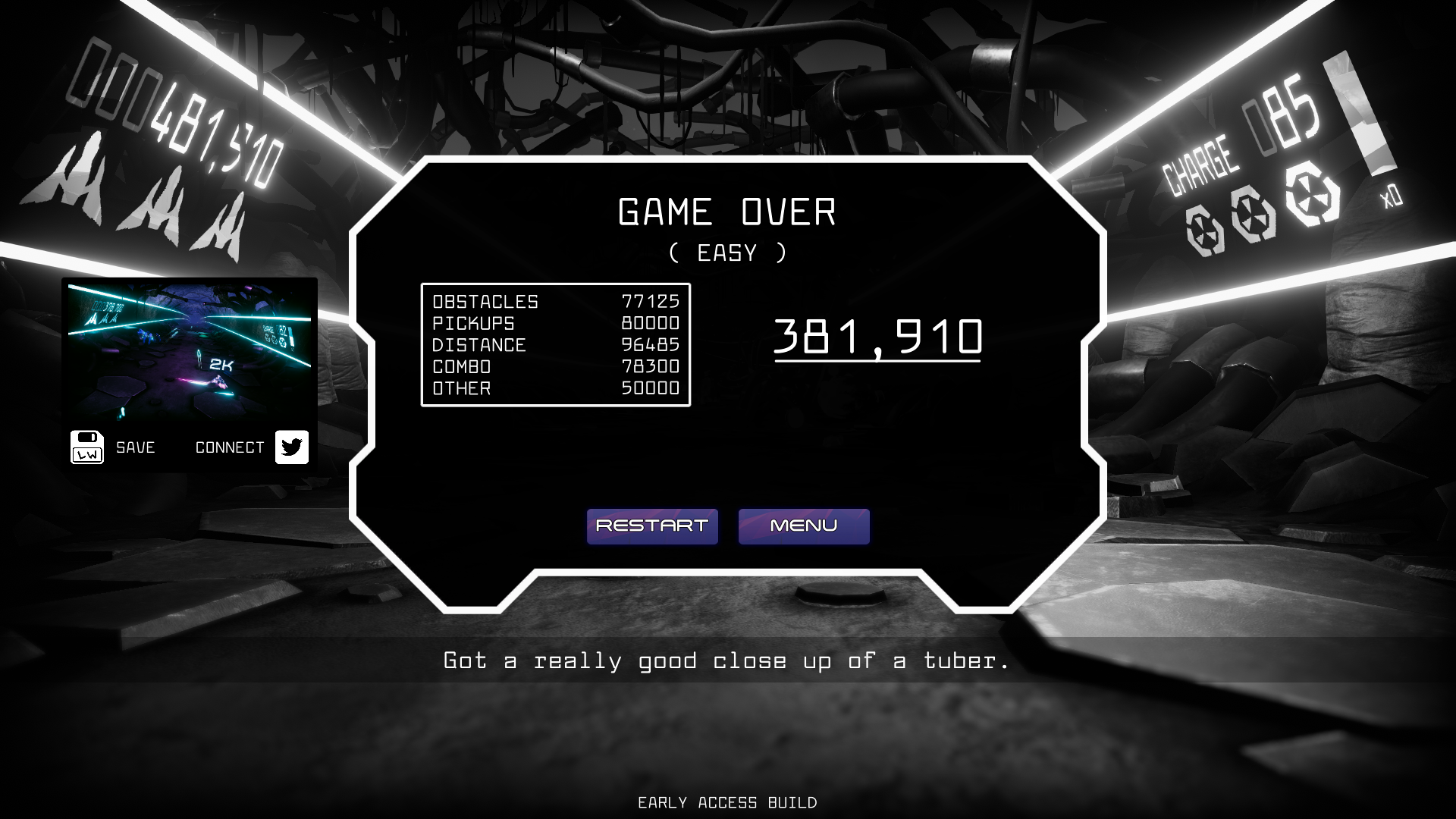 A new “death cam” is used when you crash on your last life. This camera attempts to put itself in a more cinematic position to show the results of your crash. We’ve also added additional crash fx and made the crash physics more dramatic. 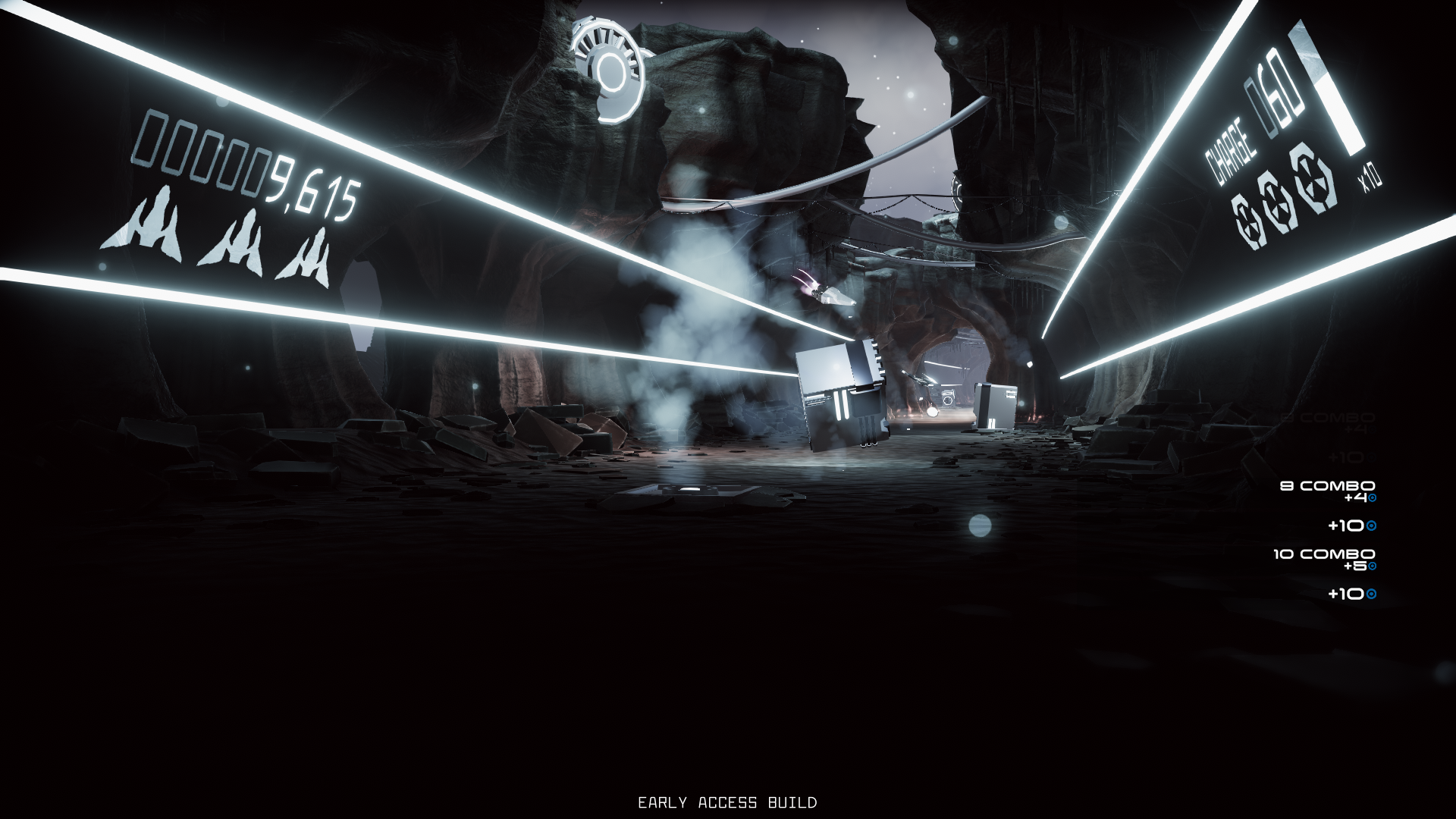 A test of Unity’s new Entity Component System. This contrasts the performance of MonoBehaviours to pure ECS by having 14.4k objects follow the cursor position. 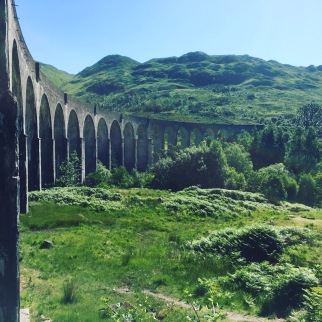 The Forest section is fully available to play in Early Access, and a preview of the Canyon zone is available now too.